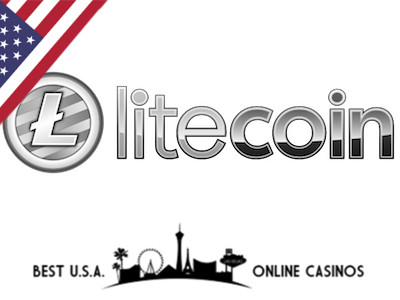 Launched on October 13, 2011, Litecoin took a while to gain in popularity and only became known during the great cryptocurrency gold rush of 2017. Once the world’s attention was firmly on “Alt Coins”, it was quickly adopted by online casinos as a solid alternative for those who wanted to use them, but not Bitcoin.

All coins usually have assorted elements in common and LTC is of course no different. It’s a peer-to-peer currency exchanged over the internet almost instantly, imposing minimal fees on both senders and receivers. Also, it’s “open source”, meaning no singular company or person controls it so it’s truly a completely decentralized global payment network, unmonitored by central authorities.

Litecoin was initially released through an open source client on GitHub by Charlie Lee, who has an extremely impressive resume with previous engineering positions at Google and Coinbase. A short two years later in November 2013, the aggregate value leaped 100% in just 24 hours, reaching a $1 billion market capitalization, signalling the new kid on the block had officially arrived.

Its other historical month was May 2017 when it became the first of the Top 5 Cryptocurrencies (by market cap) to adopt Segregated Witness. It then immediately facilitated the first-ever Lightning Network transaction ever completed, sending 0.00000001 LTC from Zürich to San Francisco in under 1 second. With excellent industry support, robust trade volume, and abundant liquidity, it has proven itself to be one of the better options available today and a valid medium of commerce.

How to Deposit at Online Casinos with Litecoin

The first thing to establish when depositing at online casinos with Litecoin is the same as if using any others. A third party “wallet” at an exchange must be opened to initiate orders, acting as a “coin bank” of sorts. It’s then necessary to learn how to buy and sell cryptocurrency, usually taking little time to become an expert and get the hang of it quickly.

Exchanges function exactly like PayPal or other eWallets by simply adding money onto balances and subsequently posting an order with USD amount to trade for LTC. Once complete, operators are contacted and asked to provide an “address” to send the new currency to, with most now doing this automatically in cashiers via a click of a button. They issue a long string of characters of numbers and letters to be copy and pasted into exchanges when transfer requests are created. Remember these are totally unique codes that are never duplicated, so make sure to copy it correctly.

In general, no maximums or minimums exist, just like a Bitcoin betting site deposit, nevertheless each has a house limit. Fees depend on the amount of mining required to complete orders at the time and whether operators add any on top.

As with any account but especially in this situtation, do not lose login details. If this happens it’s impossible to ever access the wallet again since there isn’t a reset procedure that can be initiated. It’s a totally anonymous, untraceable profile, which is of course a major plus for most individuals. Therefore, it’s advisable not to keep too much money in wallets in case the password is lost, never to be retrieved.

There still aren’t too many options when it comes to USA Litecoin online casinos, but a few select ones do list it. These places have been professionally reviewed by professional experts and proven themselves to be 100% trustworthy.

Numerous sites accepts it, however, they simply offer table games and slots, not boasting a sportsbook nor poker room. Therefore, due to stellar products and strong industry reputation, SportsBetting.ag is the #1 recommended destination for this particular coin.

Pros and Cons of LTC

There are countless pros of Litecoin as it’s the 3rd most-listed coin after BTC and ETH at all major exchanges. One of its main strengths is faster transaction speeds compared to competitors, making it more useful for smaller sums, with confirmations coming quicker to complete the process.

Due to these faster “block creations”, the amount of time between them is so small, additional miners (the people facilitating everything and fabricating blocks) get the opportunity to mine a larger number, thus earning increased rewards for efforts. This remuneration should consequently be theoretically better-distributed among the community and by extension, make it additionally decentralized than its competitors.

There aren’t really any cons to speak of, although one of its weaker points is creation time is so fast, it occasionally results in the birth of more detached or orphaned blocks. This simply means that as the production chain is followed, miners sometimes don’t finish all of the steps needed to finish a transfer and this leads to slower processing times. This is obviously quite ironic since one of its acknowledged strengths is the inherent quality of travelling at the speed of lightning.

The other primary restriction with this and all coins in general, is that unless a crypto ATM can be found, it’s necessary to move balances back and forth between personal accounts and wallets. However, almost 60% of all ATMs in circulation support LTC, which is higher than both Ethereum (45%) and Bitcoin Cash (33%), so a supported machine should be fairly easy to find.

There are definitely some important differences between Litecoin and Bitcoin even though they’re similar in numerous ways and depending on which factors are valued, one will be better suited for certain situations. As mentioned, it’s faster than BTC, coming in at 25% of the time at 2.5 minutes VS. 10 minutes, so anyone concerned with speed has a viable solution.

The two are nearly identical from a technical standpoint, with the latter having a script in its proof-of-work algorithm. This is a sequential memory-hard function requiring more asymptotical memory than an algorithm which is not hard. Thus processes are increasingly complex and expensive when mining for BTC, obviously leading to generally higher fees.

There is an inherent stereotype against LTC that was popularized during the ascent of Alt Coins due to BTC being anointed by early adopters as the gold standard of crypto. Meanwhile, the former was given 2nd place and considered to be an everyday currency that would solely be used to move smaller sums. Although those designations are certainly true today, it’s impossible to know what the future has in store for either.