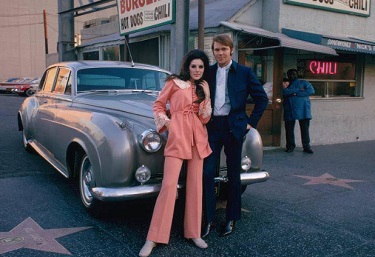 Modern Keno was first hatched in ancient China over 1,000 years ago. The origins surrounding the centuries-old game are unknown but there are tons of good stories thrown around about it. One claims proceeds from Keno funded the Han Dynasty War, while another has them paying for the Great Wall of China. We’ll never know if these are true although it sure is fun to think that they are.

Clearly there was no “single brilliant inventive mind” behind what is essentially pulling numbers out of a hat. Plenty of lottery games have always been around but Keno is one of the most beloved, enjoyed in casinos globally. In the 1800s, the lottery was licensed in China using 120 characters, however, when Chinese immigrant workers brought it to the American West Coast and cut these down to 80. The elaborate Chinese designs were immediately replaced by numbers so Americans could more quickly evaluate the results.

While Nevada’s legalization of gambling occurred in the 1930s, lotteries were not. Operators who wanted to offer the familiar “Chinese Lottery” game to its California customers opted to call it “Racehorse Keno”, arguing to regulators the numbers were akin to those on racing saddlecloths. They were just staging “fictional horse races”, that’s it, that’s all. Wink, wink. Such a ridiculous story couldn’t have fooled anyone but the law ended up looking the other way anyhow. Eventually, legalization arrived and the original sham name was shortened to Keno, although the tradition of using the term “races” has endured.

Nevada officials still weren’t completely comfortable with the idea of lotteries, so in 1963 a cap of $25,000 was placed on Keno jackpots. However, in 1979 the maximum bumped up to $50,000, and finally in 1989, big money government-run lotteries swept across the United States, and limits were removed entirely, allowing it to flourish to new heights.

A standard Keno card consists of numbers running from 1 to 80 in eight rows of ten and players can make anywhere between 1 to 20 selections. If played live in a casino this is done with the most low-tech method remaining in society: a crayon and a slip of paper. A video screen may also be used and participants have the option of obtaining a random assortment, should they so desire.

The drawings are then held, usually on a pre-determined schedule, like a post time at the horse track. A live draw brings results from a container of balls, falling one at a time, while a video version will use randomly generated numbers to decide the winning combination. Twenty are chosen and each matching a player selection is referred to as a “catch”, with the final total of catches determining the payout amounts.

Keno always plays the same but a few different variations can be found depending on where in the world it’s being offered. For example, some places require at least two numbers to be drawn, while others limit the maximum amount of player choices. Typically, most Keno races are run with 1 to 15 selections, in an attempt to protect the House from paying the huge jackpots that 18 or more out of 20 would necessitate.

Each place has its own unique pay table, the common denominator is they are extremely House-friendly. The operator’s edge is generally around 25%, so the simplest game on the floor is also one of the worst bets.

There is absolutely no strategy whatsoever to playing Keno because every ball carries a true 1 in 80 chance of being drawn. The only gambling advantage that players have is to find the best pay table, which will of course still be heavily tilted towards the House. The terrible odds are why many simply use it as a way to get a little action in while taking a break from the more mentally-demanding games.