It appears “Big Oil” might have its fingers in everything and here’s a little historical fact as proof. Joseph Park Babcock, a representative of John D. Rockefeller’s Standard Oil Company sent to Shanghai in the 1920s, is given credit for popularizing the traditional Chinese tile game in the United States.

After seeing how much fun locals were having slapping down colorful tiles he began sending Mahjong sets back across the Pacific Ocean while creating simpler “Americanized” rules, which quickly became the de facto way to play. So technically, if it wasn’t for an oil company, we in the West might never have gotten to experience the fun casino game driving participants into a slap-happy frenzy.

By the 20th century, countless different versions were played around the world and it’s been said  Confucius played it 2,500 years ago. According to legend, the great dispenser of Chinese wisdom, also a bird lover, coined its name which roughly translates to “chattering sparrow”.

This origin story is reasonable due to the sounds tiles make when slapped down on the board quickly by experienced players. In any event, among the numerous things Babcock ended up appropriating from the Far East was the name, which he spelled “Mah-Jongg” for trademark purposes.

Mahjong is a game of skill, strategy, and co-operation, usually played with four people although it can be adapted for three. There is an element of chance involved but it’s hardly a complicated endeavor requiring intricate knowledge to win. Why is it found in brick and mortar casinos around America today? Well, mostly masquerading as the original version to attract players looking for a bit of history and something unique.

If interested in learning more, here is an excellent video detailing its history, origins, and global popularity by CCTV-9 International, documenting facts and separating fiction.

Participants take turns selecting face-down tiles from a pile in the center of the table and discarding one they no longer want to keep in their hand, always maintaining a total of 13. When throwing back there is the option of stating what it is and others might fight to grab it for themselves. Rounds continue sequentially until a winning arrangement is created by picking a 14th, resulting in 4 sets of 3 melds (flowers, symbols, etc.) and a pair (referred to as eyes). Winning combinations of three are called a Pong and a Kong is a full set of four.

The minute a player believes they have won they shout out, Mahjong! and action is over. If someone incorrectly shouts they are penalized and must continue with their tiles face up so everyone can see which sets they are trying to finish.

Dozens of variations exist, often tied to national preferences, changing depending on country. Many Asian territories partake in unique versions with China, Hong Kong, Japan, Taiwan, Vietnam, Korea, and Thailand all having different tiles, wild cards, and rules. Simply stated, no “standard option” exists so ensure to understand which version it is before laying stakes.

In addition to regionally-specific adaptations, other Mahjong variants can be found around the world. Differences may include no dragons, winds yield extra rewards, jokers are included, and numerous other refinements:

On most Las Vegas and Atlantic City floors it can be found in an abbreviated form (20 tiles instead of 144), with the House scraping a 5% commission, similar to facilitating poker games. Sometimes symbol-embossed tiles are stand-ins for cards and a quick version is played in a simple quest for pairs. 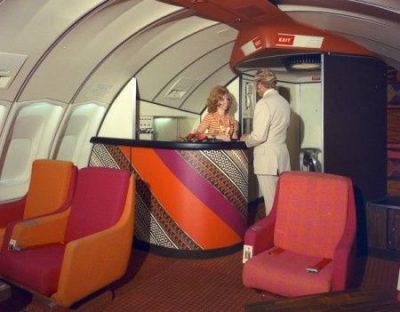 When it comes to online options, software developer Playtech knocked off Japanese Solo Mahjong, offering an alternative that’s little more than a slot machine. The goal of building a hand with 14 tiles arranged in grouped combinations doesn’t change (an identical pair and 4 sets of 3) but it’s streamlined so the entire affair is over in mere seconds.

Players are dealt 13 face up and a grid of 24 is placed face down and to make a winning “wall”, a 14th is selected from three of the hidden tiles. If any create a successful combination, payouts are delivered according to paytable, a maximum return of 6x stake amount. If picks don’t result in a win, antes are lost, everything is cleared, and another round is loaded if desired.

No special knowledge is needed to gamble on Mahjong in either online casinos or land based establishments. Most versions are created similar to the classic style, although those playing in person should keep up with the table pace as experienced individuals tend to throw down tiles extremely quickly and it’s considered rude to slow things down.

Anyone interested in learning may take the time to decipher the various letter suits and numerical suits but it is completely unnecessary. Many places help out rookies by adding numbers to tiles above Chinese characters to make it easier to understand what each one is, ensuring all enjoy the action.