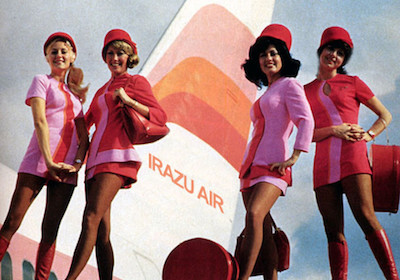 Acey Deucey, or similar variations known by a different name, was probably one of the first things to be played after cards were invented. With the arrival of modern casinos and gambling games requiring more strategy, Acey Deucey fell out of favor, considered by some as too “basic” to require any true skill. Ironically, our most advanced technology, the world wide web, brought about a revival of the ancient pastime and allowed it to find a younger audience to enjoy the quick pace.

Even though this game is hugely popular in the United States due to it’s ease of play and the fact that many college students have dabbled at least a handful of times, it is relatively hard to locate on the internet. Surprisingly, there are currently only three USA online casinos offering it, (listed by it’s other name of “Red Dog”), which is a shockingly low number.

In the Online version, the game’s fast action trumps its lack of challenging decisions and it’s not uncommon for someone  determined to grind out close to 100 hands in an hour. Therefore, it’s essential to keep an eye on your balance to stay on budget and avoid overspending.

Those reading this guide may remember Acey Deucey from their college or high school days, since it’s one of the simplest group gambling events to organize and execute. All of the players, which can be 10 people or more, toss an ante into the pot and on each turn, individuals can bet a maximum of the total amount of money in the pot.

Everyone receives two cards face up and the wager is on whether the numerical rank of the 3rd drawn will fall in between the original two. If it does, the participant wins and extracts a cash value equal to the bet from the pot, including the entire pot if that’s what was declared. 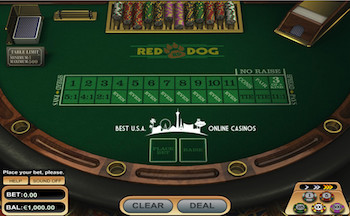 The amount of the loss must be added to the pot, and this depends on the circumstances of the ill-fated 3rd draw. If it falls outside of the two “post” cards, the losing bettor simply adds the sum to the pot. However, if it matches one of the two posts, the loser contributes double the wager they originally staked. This result can be referred to by many terms such as “hitting the goal post” or “getting posted”, and it’s the main fuel making the money in the pot grow to large proportions.

If an individual’s initial two cards are identical, the rules change to a bet on whether the next will be higher or lower. If the 3rd then matches the pair, the loser pays the pot triple the declared amount. If the two posts are in sequential order, (8-9, for example), the hand is mucked and new ones are dealt. Suits do not matter whatsoever in Acey Deucey and only their values are relevant.

Aces are afforded special treatment in this game and if it’s one of the first two dealt, the recipient deems it either high or low. It’s important to note though, an Ace in the second position is always automatically high. So, potentially the best hand in Acey Deucey is a low Ace followed by a high one. At the same time, it can also be the worst because whenever the 3rd card turned is an Ace and one of the posts is an Ace too, the loss costs the person four times (4x) the price of the announced wager, including “Pot”.

In brick and mortar establishments in the United States, Acey Deucey is often dealt from two decks in order to double the odds of 3rd cards matching the posts, having the financial consequences outlined above. In some places if the two received are the same, rather than offer high/low on the 3rd one, people are permitted to split them into two hands and play independent games.

One needs to be careful though – certain online casinos accepting U.S. players may use up to eight decks, which drastically reduces probability of winning. To find out how many are being used by the website, click on the “Rules” button and the information will be clearly posted.

When Acey Deucey, or “In Betweens” as it was usually called, worked its way onto newly legalized Las Vegas floors in the 1930s they called it “Red Dog“. Why? No one knows. In its early days Red Dog was just as popular as blackjack but that didn’t last long since the odds of success are lower.

Where Red Dog is offered legally, it’s a game of betting on the dealer’s hand and not against others seated at the table. Before the deal, each person places a wager and two cards then laid in front of them.

If the cards dealt are consecutive in value, or the posts are identical the dealer turns a 3rd match, everyone enjoys 11 to 1 payouts on their staked amounts. When the hand is in fact live, the dealer will announce the spread between posts, which is the number of cards that can be winners, (for example, a 2 and a 6 the spread is 3).

Each subsequently has the opportunity to increase their stake, with the Red Dog payouts as follows:

These can vary slightly from one place to another but the above odds will be found at the vast majority of physical tables around the United States, and the virtual ones on the internet.

The only profitable way to play Red Dog, regardless of the number of decks used and based on standard payouts, is to limit raises to when the gap is a massive seven cards or more. This of course makes the worst decision possible a bet on a spread of one, which carries a bankroll-busting 54% house edge and an 8% likelihood of winning. On seven card spreads the probability tips to the player at 54% and it goes up to a maximum of 85% on an opening of eleven.

This game can be lots of fun but it’s definitely not the option to try if you want to make some money, so stick to other player-friendly pursuits like online blackjack for the chance of grinding out a profit.