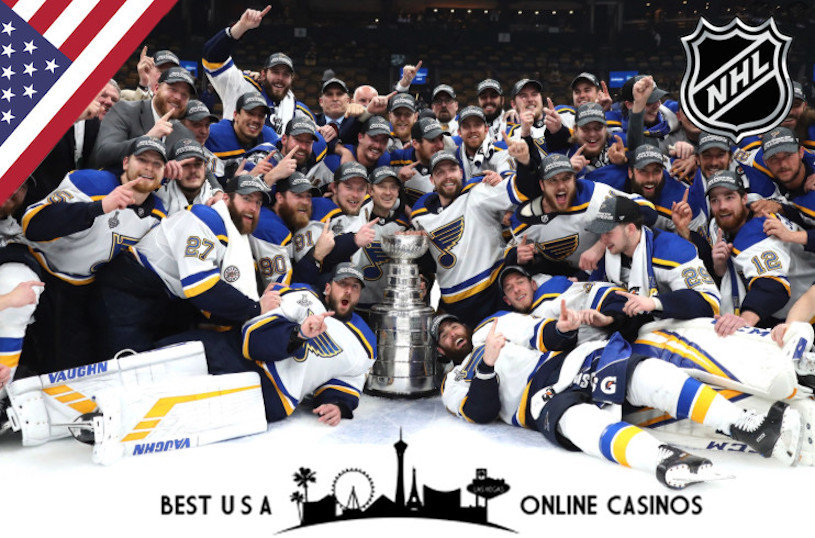 We’re officially a month into NFL which means professional hockey is just around the corner, beginning on October 2nd with four great matchups starting off six solid months of furious frozen action. Of course, fans across the country want to prognosticate who will ultimately the Stanley Cup as well as get down on games throughout the year, but the best NHL sportsbooks to place action is not known by many.

Therefore, this quick yet thorough gambling guide for NHL 2019/20 reports valuable information to know before the first puck drops tomorrow night. The following list will be slightly familiar to loyal readers as main rankings have only changed slightly, however, for hockey it’s necessary to add a few new destinations due to great futures odds.

The above made the cut due to numerous factors, but mostly because of a huge selection of deposit methods, massive bonuses, and fantastic products. Every site is 100% honest and has been in business for a long time, building stellar reputations along the way, ensuring only a handful of trusted places are recommended.

Gamble on NHL with Cryptocurrency

These days everyone understands it’s extremely easy to gamble on sports with Bitcoin and other cryptocurrencies and this obviously includes professional hockey. Whether it’s DASH, Ethereum, or Bitcoin Cash, a wide selection of websites accept alt coins because they’re quick, cheap, and guaranteed to be private.

However, the top destination is SportsBetting.ag because they accept the largest selection of crypto, even taking the niche coin of Ripple. They offer a special 100% match bonus for BTC and others, as well as host numerous weekly promotions to keep members entertained. Obviously, the vast majority of contests revolve around NFL but there are also tons of others for basketball, baseball, soccer, and more.

Consult this updated list of USA Litecoin betting sites if preferring that particular virtual currency as only select operators currently support it.

Bookmakers are unified in the belief Tampa Bay are favorites to win the Stanley Cup, with most posting odds of +700 if it comes to pass. From there things get a little more interesting as the Leafs, Golden Knights, and Bruins are either #2, #3, or #4, with various numbers to be found for each.

Here are where the largest numbers for them can be found:

Things then get absolutely crazy and there’s no consistency at all, so some focused line shopping has to be done to find value. However, this industry-leading iPublication has done the leg work and here are the Top 10 favorites:

There are also a lot of different lines for popular teams, so depending on which is rooted for, here’s where to lock in those long shots. Of course, picking St. Louis to win last February would have lead to riches so maybe these aren’t too preposterous after all. Watch for the pattern:

It’s clear the only spot for underdog enthusiasts is MyBookie, run by international playboy, David Strauss. This is the same guy who posted odds on celebrity deaths, Trump impeachment, and Nathan’s Hot Dog Eating Contest, all on the same day. Now he’s posting double the payouts for hockey underdogs than competitors. He’s a known maverick who intentionally dangles meaty odds and dares the public to beat him and in fairness, not many have so far.

Finally, with all due respect to the (presumably) fine citizens of Ottawa, Canada, your hockey franchise is an absolute dumpster fire. Whether it’s the miserly owner, old stadium that’s 45 minutes out of the city, or the players being put out onto the ice this year, it all stinks. The Senators are the biggest long shots to win the Stanley Cup at every book in the world, but of course payouts vary greatly.

Who’s got the biggest odds for Ottawa to be champions in 2020? You guessed it, Strauss offering a shocking +30000 if they pull off a miracle (next closest line is +15000 at BOL). Unfortunately, there’s a better chance the Panthers move to Quebec City midseason, so lay action accordingly.