Bet on the 2018 Boston Celtics 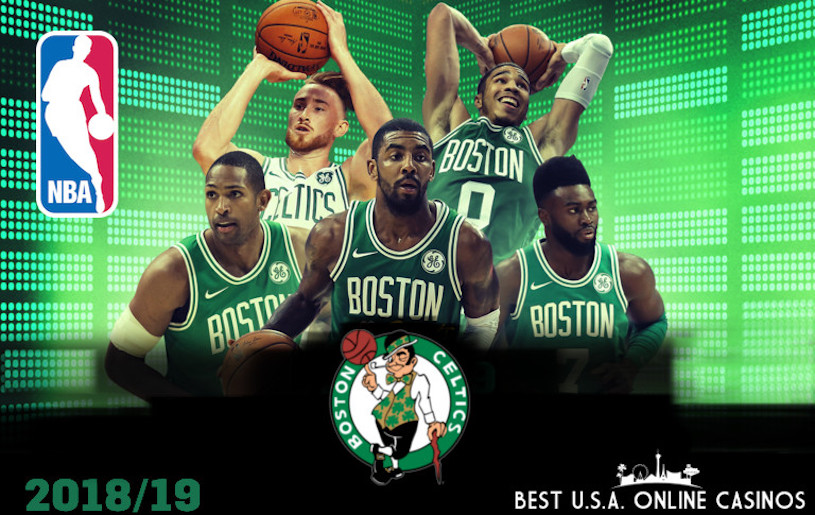 Coming within one win of going to The Finals last year, expectations are extremely high for Boston starting the NBA 2018/19 Season with a much healthier team thanks to Kyrie Irving and Gordon Hayward wearing jerseys rather than suits. The city has gotten quite used to championship parades lately thanks to the Patriots and Red Sox, and even the usually disappointing Bruins managed to squeak out a Stanley Cup in 2011 over more-disappointing Vancouver.

Now every eye in Bean Town is firmly set on the Celtics who’ve only won one title in the last 20 years, a decade ago in the 2008 Big 3 Miracle, causing the public at large happy for Kevin Garnett’s well-deserved victory. After pushing L.A. to 7 games in 2010, they couldn’t close it out and handed Kobe Bryant another Larry O’Brien Trophy to the dismay of Laker-Haters throughout the nation. Many northeastern admirers were bitter, asserting a potential dynasty had been missed out on by virtue of a solid roster and great coaching, while placing Ray Allen on their “list of most hated ex-players” to boot.

However, this is all in the past and top NBA sportsbooks firmly concur they’re this year’s bridesmaid, stuck behind clear favorite Golden State. That said, those believing should get money down to cheer louder in June if they shock the world and bask in confetti.

Where to Bet on Boston Celtics

Solid Celtics bets are always hard to find, especially for anyone living in the USA, which is why prudent research is necessary. First of all, two places not to go due to low payouts are aged and historical Intertops (+600) and BetDSI, stingier at a paltry +500, hardly making action worth the trouble.

Thankfully, some pay true odds with Bovada and MyBookie agreeing +700 is fair, a mathematics degree not needed to understand why +700 is better than +500. These two can sometimes post crazy numbers, but this NBA future seems reasonable.

Although, the best site this season is BetOnline (+750), giving a little more bang for bucks. They’re also listed as Atlantic Division favorites at +100, slightly edging the Toronto Raptors at +125. The continued health of these teams throughout is of course going to impact prognostications during winter and spring, supporters and gamblers alike hoping everyone stays upright.

Not only are terrible odds for Boston finishing as 2019 NBA Champions offered, BetDSI further insults fans with lines for Who will win the 2018-19 MVP award?. Currently, Kyrie Irving is #10 at +2500 and Gordon Hayward sits at a whopping +13000, with Jayson Tatum awarding the same massive returns. Nevertheless, profits could still be earned if an upset occurs.

So if wanting to back a long-shot, head over and drop a few bucks on Hayward or Tatum to lift the Maurice Podoloff Trophy this year. It would be stunning for both the league and observers, pumping wallets fatter in the process.

Regardless, definitely signup a BetOnline account to stake them winning it all in 2019 because a victory this June would taste a lot sweeter if it comes to pass.