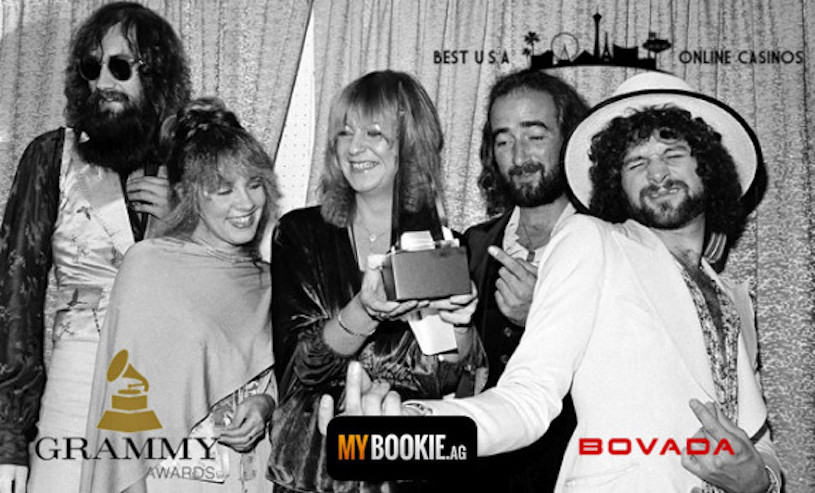 The 61st Annual Grammy Awards ceremony is this Sunday and the music industry can’t wait for an opportunity to celebrate itself and its achievements. Although the night is going to be action-packed with contemporary performances by Cardi B, Ricky Martin, Lady Gaga & Mark Ronson, and St. Vincent, musical legends such as Diana Ross and Dolly Parton are taking the stage, who will undoubtedly be singing their beautiful hearts out.

Many would argue the night is only about who wins awards and certain people tend to take it very seriously – and what’s more serious than putting money where your mouth is? Loads of people want to bet on the 2019 Grammy Awards and who will receive honors, making the night much more interesting for casual viewers. However, there are only two trusted U.S. online sportsbooks with odds on celebrities taking action this week so here’s a breakdown of where to find the best for each category.

There’s a reason these two operators are constantly mentioned on this website and many readers will already assume we’re talking about Bovada and MyBookie, both posting lines a few weeks ago. However, they’re only offering four categories but of course they’re the most important ones everyone’s interested in.

Starting off with Best New Artist, both David Strauss at fan favorite MyBookie and Pat Morrow at Bovada are in complete agreement on the order of favorites, although there’s definitely some differences in payouts. Here’s what’s currently listed with higher odds on the left to easily identify plumper payouts.

The obvious value bet is Margo Price at +2200 since she’s both very talented, female, and plays non-mainstream music – it just feels like a year where they’d want to honor someone like that. The other thing to note is Bovada has some very generous numbers for this category to entice casual players in.

Morrow & Strauss continue their attempt to be the iGaming equivalent of Lennon & McCartney with picks for Record of the Year as they’re perfectly in sync again. Perhaps one or both of them have been “inspired” by the other.

No matter who’s desired for Record of the Year, it’s clear Morrow’s book is tops since they’re offering superior value on every selection. It’s a clean sweep and not even a contest.

Morrow & Strauss finally break up and perform solo for the next two categories, with a few slight differences in order of favorites. Here are Album of the Year picks ranked in order, with better odds for each on the left again.

Bovada continues to provide better value, except those backing Drake or Post Malone to win, in which case bet at MyBookie for a bigger payday. It’s simple: when getting down on NFL it’s important to line shop for high numbers and when wagering on entertainment props it’s necessary to do the same.

Finally, for Song of the Year and Morrow & Strauss are almost completely in step again, with only one small disagreement. Although, unsurprisingly Morrow continues to dangle meatier lines to the public.

So anyone looking to back trophy-takers at this year’s ceremony and enjoy a little more excitement should head on over and peruse entertainment props at Bovada to see what’s cooking. Perhaps some beautiful music can be made together – the good news is regardless of outcomes it’ll still sound better than Post Malone.

To get in the mood for Sunday, check out this interesting video from the 1988 Grammy Awards and marvel at how much has changed in the music industry…and fashion.

The 61st Annual Grammy Awards will be held on February 10th, 2019 at Staples Center in Los Angeles and broadcast on CBS, with coverage starting at 8pm EST.