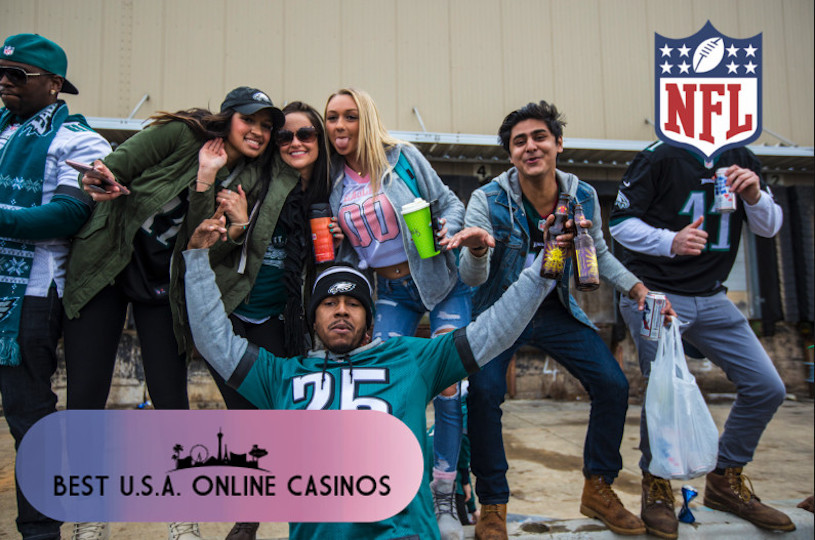 Well, as we all saw with our very own eyes, there were tons of fabulous NFL upsets last weekend, proving once again that any given Sunday a team can win. Adventurous gamblers got paid while squares got squished, however, there are more juicy odds for Week 15 to sink our teeth into.

It’s now officially holiday season so we’ve been blessed with 2 extra games on Saturday and both should be fairly decent contests. Cleveland and Denver can knock the other officially out of the playoffs, while the Jets can try and hand Houston their second straight loss and keep them from getting closer to a division title. A lot of books have Texans -7 so those wanting to them should hit Intertops for -6½, as they’re gifting a half point for Christmas. If on the Dog, head over to always-generous MyBookie Sportsbook & Casino to get Jets +7 but much better numbers for other matchups.

Moving onto Sunday, it’s hard to understand the Vikes/Fins line considering Miami just pulled off their greatest win in over a decade last week. They’re riding high and can smell the post season and Minnesota really hasn’t been too impressive this year. Therefore, Vikings -7½ just doesn’t pass the smell test so think about backing the Dolphins.

Another 7½ point dog that might jump up and bite is always-frisky Tampa Bay who are rolling into Baltimore to face one of the best defensive teams in the NFL. Again, all oddsmakers agree on 7½ so no advantage bets are presently out there.

The second-biggest line is on [email protected] and while many places have Falcons -10, Bovada Sportsbook has -9½ if picking the fave. Zona can hang with the best of them so think hard before locking in action.

The largest spread is going to surprise a lot of people and it belongs to none other than Super Bowl Champion Philadelphia Eagles as they head to Los Angeles to take on the Rams. Most books have Philly +11½ but MyBookie again throws a bone to the underdog with +12, although we all remember what the Eagles did last year in the playoffs as Dogs, right? This is the biggest game of their season because a loss guarantees they won’t be playing in January – it should be a barn burner.

Here are all odds for Week 15 of the 2018 NFL Season courtesy of industry-leading BetOnline Sportsbook for U.S. players, currently offering massive welcome packages to all new registrations. Good luck this week! 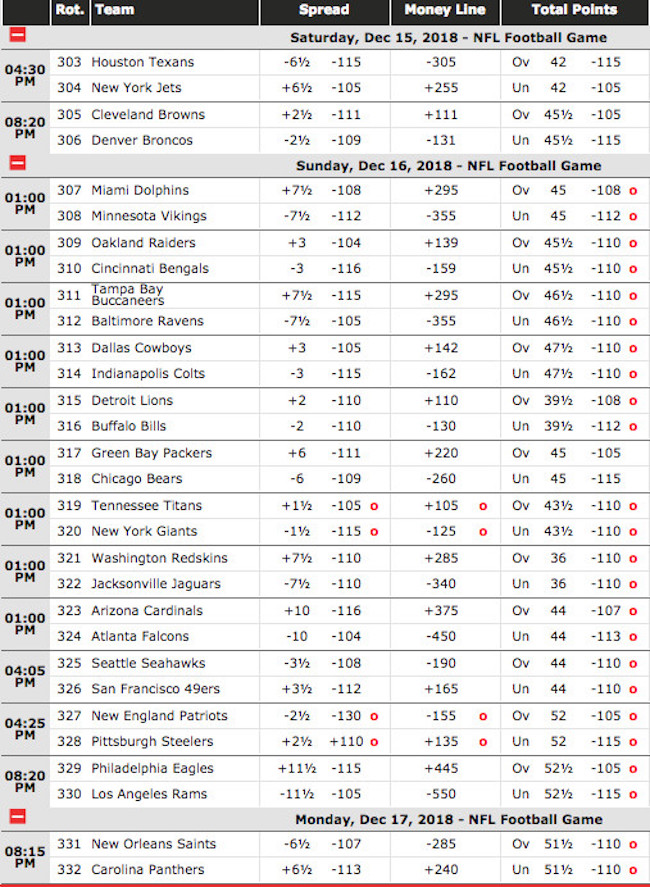