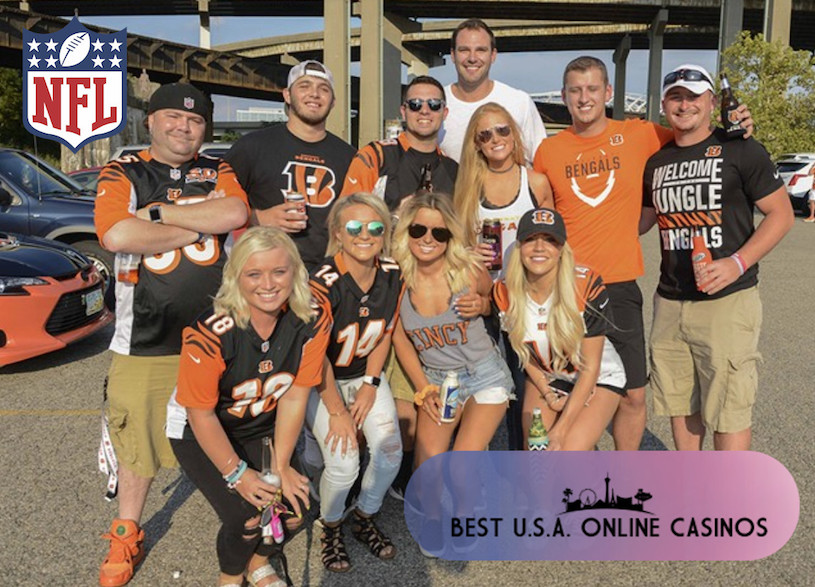 Well it all comes down to this weekend for a few teams trying to get into the 2018 NFL Playoffs and odds just couldn’t be any crazier. This is always the wildest week of professional football, some squads playing for nothing and others battling for their playoff lives, which is why almost all the best USA online sportsbooks have identical lines for every game. They’re just copying each other an hoping that they don’t get smoked.

In a “do or die” situation, Pittsburgh has to beat Cincinnati to have a chance of winning the AFC North and most places have Steelers -14½, which is the largest spread of Week 17. This number looks realistic at first glance but Pittsburgh have been up and down all year and Cincy will be throwing the ball like they have nothing to lose (because they don’t). Therefore, a Bengals cover in a multi-team parlay is absolutely reasonable on Sunday.

Another supposedly lopsided affair featuring a two-touchdown spread is Oakland at Kansas City, with Raiders +14 the consensus number as they roll into Arrowhead Stadium. Sure Oakland’s season may have peaked with their home victory last week against Denver (which may have been their last game ever in Oakland), but giving 14 points to a hated divisional opponent is always risky. Have a good look at Derek Carr and company because they just might have one more good showing left in them before hitting the golf course.

Continuing with the theme of “divisional opponents are always dangerous”, the Jets are getting 13½ going into New England at most legal American gambling websites like MyBookie, in a matchup somewhat similar to [email protected] Heated divisional rivalry, two totally different mindsets, and heavy underdogs with zero pressure to perform. It’s never a good idea to bet against Tom Brady, but throwing a Jets cover into the aforementioned parlay could be a profitable way to end off the 2018 NFL Season.

The only dog you can find true value for in Week 17 is Arizona as they visit Seattle, getting +13 at most desinations including MyBookie, who also has +365 for the moneyline. Others are paying +350 so go there if backing Zona to win outright. Anyone looking to get down on the spread will want to lock in at the always-reasonable and fair BetOnline Sportsbook who is giving players an extra half point with Cardinals +13½. Obviously, those on the favorite should stick with “MB” since the Seahawks only have to cover 13 there, and everyone knows how valuable half points can be.

Here are the current odds for Week 17 so head on over and place NFL wagers at BetOnline and enjoy what is sure to be an amazing end to the 2018 regular season. 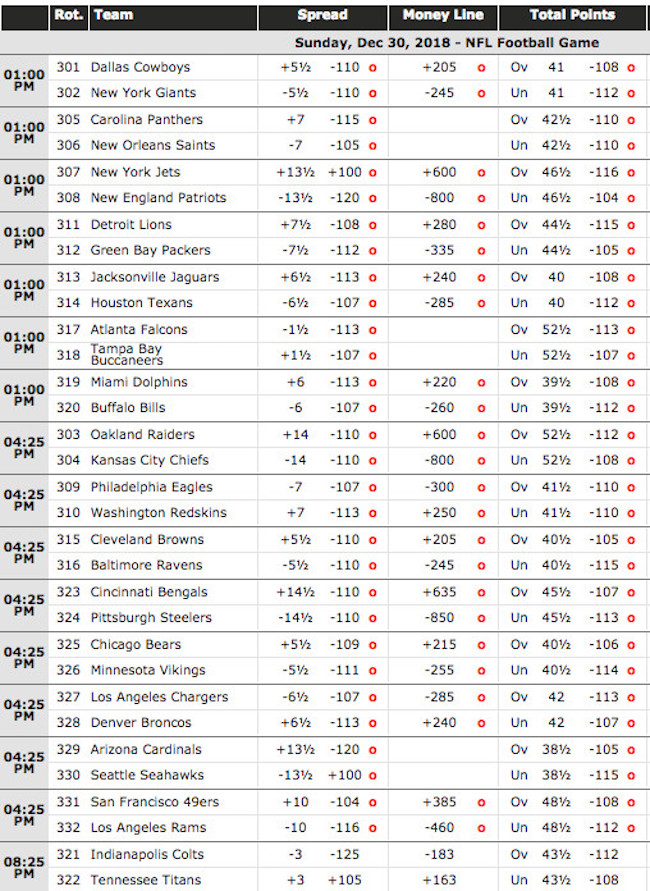