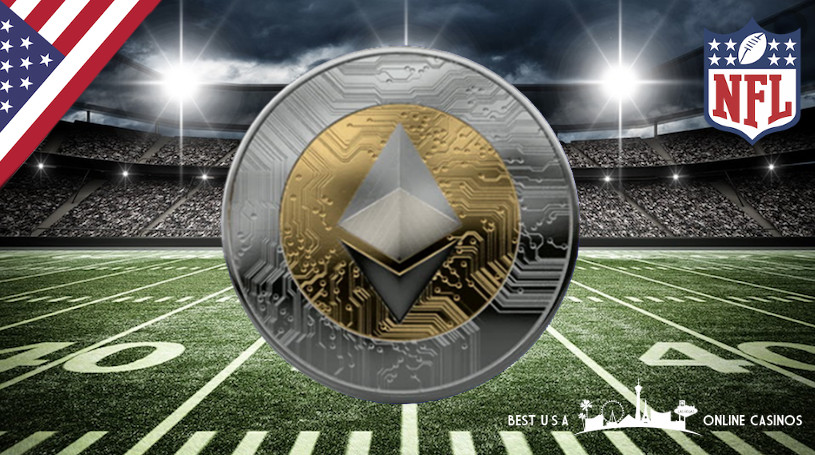 Here’s another victim of the “cryptocurrency crash”, reaching a high of $1,380 USD in January 2018 before the market imploded and left a wake of poverty and sadness in its trail, bottoming out at $89 shortly after. That said, ETH had a nice rebound in June to $317 before falling back down to $175 in fall of 2019. Anyone still holding might be searching for something to do with it and it just so happens that NFL football is about to kickoff.

Unfortunately, there aren’t too many options for Ethereum sportsbooks as the current landscape is continuing to be dominated by Bitcoin and Litecoin, however, a couple of excellent choices are available. So here’s the list of operators accepting it, who are also fully recommended by experts and proven to be 100% trustworthy when dealing with players.

It’s strange this coin doesn’t receive a little more praise in the crypto community as it’s strengths are as valid as its competitors, although it has suffered from numerous missteps along the way. Most issues occurred on the technical side due to limitations and problematic coding, which is bound to repel the purists out there. This shouldn’t matter to those looking to bet online with ETH because it acts exactly the same as anything else being traded today.

It’s anyone’s guess where it’s headed in the short term, however, creator Vitalik Buterin went on record in 2019 that he’s “very confident” the launch of “phase zero” of their scaling project will result in a triumph. Scalability issues have long-plagued the core technology and drawn harsh criticism from analysts in the industry, ultimately holding it back from wider adoption and respectability.

The situation is now poised to change though, as the ETH Foundation has been issuing grants to development teams leading up to the launch of Ethereum 2.0, with Status, Sigma Prime and Chainsafe counted among the lucky recipients. They’re tapping into a massive pool of talent to guide the project to a successful completion but it’s unknown just how long it will take to come to fruition.

The world of crypto has always been wild in its short history and this coin is the craziest of the bunch. Holding on to it is definitely not for the faint of heart.