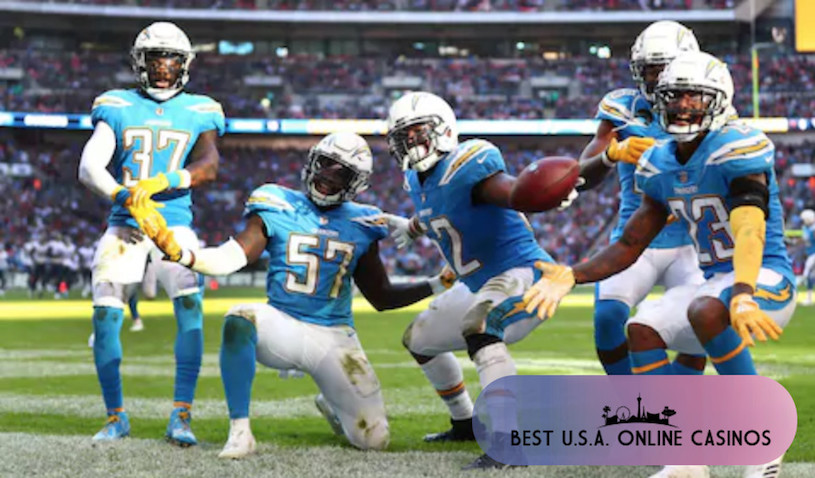 You could almost smell it in the air last Sunday morning: it was going to be a display of favorites taking care of business,  delivering massive paydays for sportsbooks across the nation. The end of NFL 2018 Week 7 was accentuated by Kansas City hammering Cincinnati and covering the 6 point spread by 29. Needless to say, underdog-supporters went to bed a lot poorer than when starting the day.

Although we at Best USA Online Casinos might have suggested San Fransisco could be decent value +10 at home, the Los Angeles Rams decided to push our faces in it, beating them by 29. Yes, it was the same difference as Sunday Night Football and when teams are winning by that big of a margin, it’s known bookmakers are adjusting lines accordingly, so expect juicier odds for Week 8.

Speaking of “beat-downs”, the Bills again fell to their knees and crumbled, this time against the mighty Colts, who going in had one lone victory on the season. Indianapolis took care of business at home and easily covered 7½, on top by 32 thanks to QB Andrew Luck throwing four touchdowns, (his arm is almost healed). It’s starting to look quite possible Buffalo will finish in December as the worst team in football. Stay tuned.

The only underdogs winning outright on Sunday was Houston (+4) against division foe Jacksonville, Carolina (+5) in Philadelphia, and New Orleans (+2½) taking a squeaker on the road in Baltimore via kicker Justin Tuck missing an extra point after his teammates scored a touchdown with 24 seconds left in the game. This loss must have stung because it could definitely come back to bite the Ravens come playoff seeding time.

Finally, Tennessee went into Wembley Stadium in London against the Chargers as a 6½ point dog and almost got the upset. They scored a touchdown with 31 seconds left and decided to go for 2 instead of kicking the extra point, however, Adrian Phillips slapped down Marcus Mariota’s pass and Los Angeles won 20-19. Veteran punters already know not to back the 5-2 Chargers going forward as they end up disappointing fans every year in the second half of seasons – save your gambling bankroll for fun Dogs that might actually bite.