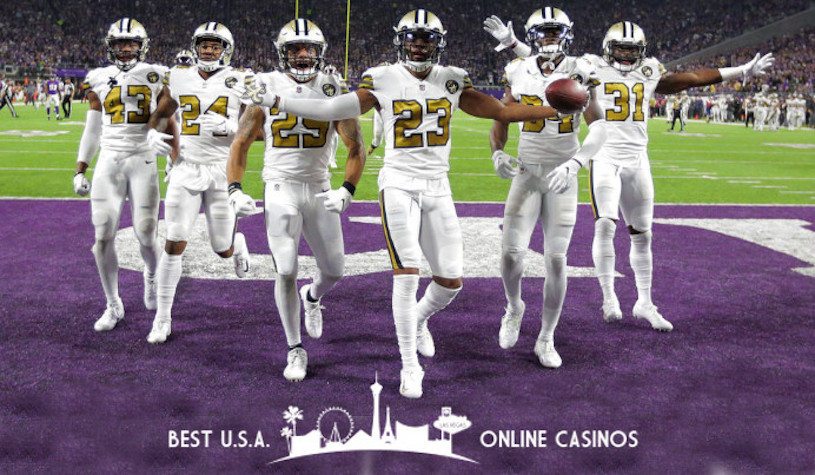 The beauty of sports is you never know what will happen and throwing down a few bucks on a football game always makes it a little more entertaining. Well, except for NFL 2018 Week 8 because most favorites won, meaning daring gamblers lost their shirts. That’s how it generally works since when Underdogs lose, so do those foolish enough to back them and it’s been happening every day since Las Vegas opened their first ticketing window.

Everyone here at Best USA Online Casinos mistakenly thought the 8 point spread for Steelers/Browns was way too high since Cleveland were “ready to heat things up”, but boy were we wrong. Instead of 8 it should have been 14…and Pittsburgh still would have covered, winning 33-18. Maybe Baker Mayfield isn’t the new Golden Boy?

This was actually the trend in many NFL matchups on Sunday as numerous lines turned out to be way too low. For example, Ravens/Panthers was Baltimore -2 but Carolina easily won 36-21. In the Colts/Raiders tilt Indianapolis was favored by 3 but ended up victorious by 14, ensuring Jon Gruden will finish far short of a “triumphant” return to Oakland. Crazy scores extended into Sunday Night Football with Saints/Vikings as New Orleans cruised to a “W” by 10, even after Minnesota was -1 going in.

Another victorious “underdog” on Sunday was Seattle, beating down the hapless Lions in Motor City by 14. In retrospect, based on both team’s performance thus far a reversal was in order, dictating Seahawks -3. In any event, Detroit looks like they might be ready to fold for the season (again), perpetuating their never-ending rebuilding process.

Other final scores weren’t as surprising, such as Denver covering thanks to the whopping 10 points countless bookmakers gave them marching into Arrowhead Stadium. Kansas City was dominant and won, but “only” by a touchdown 30-23 and it’ll be interesting to see if the Chiefs can continue their hot streak against the mighty Browns this Sunday.