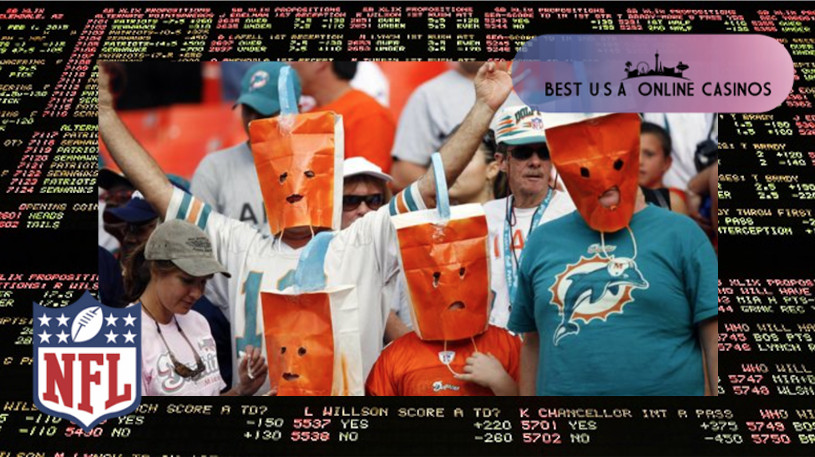 After an enormous amount of very conservative lines at top USA offshore sportsbooks last weekend, it appears as if professionals are now feeling extra generous. Countless upsets have occurred so far in the 2019 NFL Season and surely more will come, especially when looking at Week 8 matchups and the long list of key injuries plaguing many teams.

As has been the trend all year, anyone searching for the largest odds just has to look at Miami, Cincinnati, or Washington, as these three have shared the honors of “Biggest NFL Underdogs” since September. Of course, the Redskins already got beat by Minnesota on Thursday Night Football so that leaves the other two to fight for the “Crown of Football Sorrow”.

Unsurprisingly, the Dolphins are “Top Dog” for Week 8, rolling into Pittsburgh for Monday Night Football and getting 14 points for the occasion. Backup quarterback Mason Rudolph is starting again for the Steelers after being out for 3 weeks with a bad concussion but anyone prognosticating Ryan Fitzpatrick might be magical should lay action at well-respected SportsBetting.ag to enjoy an inflated Miami ML of +600. Everyone’s giving them exactly two touchdowns and has an identical total of 43½ so no other value on this matchup is found.

So if the Fins are the largest Dog, surely that means Cincy is 2nd and they don’t disappoint, getting 12½ points against the Rams in London. Those wanting to back the Bengals should grab a big MyBookie deposit bonus and lock in to enjoy an extra ½ point at +13, not to mention they also have the best number for Unders with 47½ instead of 47.

Another huge underdog this weekend is Cleveland, getting 11½ points as they stop off in New England to play the defending Super Bowl Champions. This line does seem a little high as the Browns can be frisky, but Brady and Belichick should have a plan to stop Mayfield and company. They’ll probably have to get it done with their defense since their offense is extremely banged up at the moment. Anyone wanting to get down on a Cleveland upset should again visit MyBookie for one full extra point at 12½. It’s very rare to see a difference this in NFL spreads so get it while it’s available.

Otherwise, the Texans, Jaguars, Lions, and Colts are all currently around 6 to 7 point favorites so lots of “fun” is on tap. Here’s hoping the “doinked field goals” fall your way…