The dog days of summer are officially here and now Texas Hold ‘Em enthusiasts across America can whip out smart phones to get some stiff competition while swinging in hammocks or lazing at beaches. It’s truly amazing that in 2019 it’s possible to play from anywhere with an internet connection, never missing out anything again.

The special series is called Super Millions Poker Open and it’s running at two top U.S. online poker sites, both technically run by the same company. Yes, the Bodog Network of properties came up with a massive promotion giving away $4.5 million in guaranteed cash to lucky winners at Bovada and Ignition. 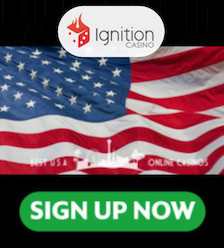 Tons of qualifying tournaments for the “SMPO” are running every day with buy-in amounts to suit all bankrolls and appetites, even hosting satellites for as little as $5, ensuring everyone has a shot at grabbing a piece of the millions in prizes. Main events are held every Saturday night with the ultimate showdown arriving on August 19th weekend, offering $1,000,000 guaranteed.

To eliminate any confusion, the exact same tournaments are running at both places simultaneously and pools of players will be mixed. This is simply done so neither place has to cough up huge overlays and doesn’t expose themselves to too much risk.

If not currently holding an account at either place, either register with Ignition because they usually have much larger deposit bonuses to increase bankrolls before even sitting down at a table. However, if demanding the ability to bet on sports go to Bovada since they have a huge sportsbook offering NFL, NBA, MLB, and every other popular global league. Each features tons of real money craps, Sic Bo, four card poker, and other Las Vegas tables, not to mention hundreds of slots covering every genre imaginable.

So anyone craving a final table seat to end summer off with a gargantuan payday should go sign up at Bovada now and check out their action-packed schedule.