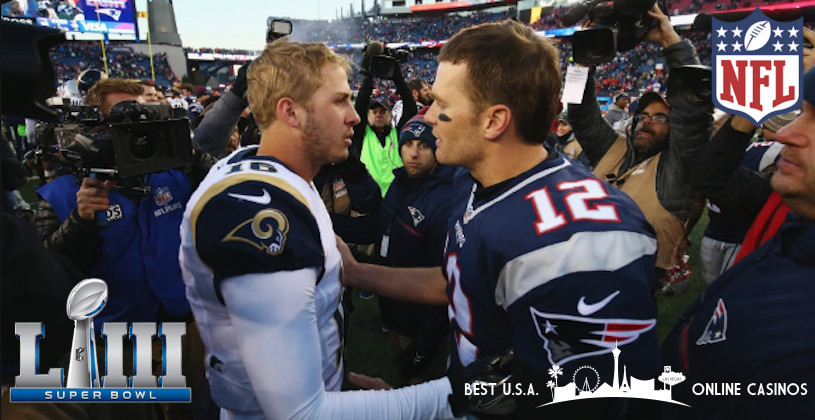 With only two and a half days to lock in props, let’s examine which trusted and safe USA online sportsbooks offer the best Super Bowl odds on who will be crowned as the game’s Most Valuable Player. Sites have numbers for approximately 40 individuals so anyone contemplating a “dark horse” pick that has a shot, this could be one of the most profitable wagers made this weekend.

It should come as no surprise numerous places list “The Golden Boy” Tom Brady as favorite to win Super Bowl 53 MVP, since New England are favored and the victorious quarterback usually receives the Pete Rozelle Trophy. Especially lately considering a QB has won 9 of the last 12 seasons. Oh, Brady is the only player to enjoy this award 4 times, so don’t mistakenly think he’s not motivated to pad his stats on Sunday. 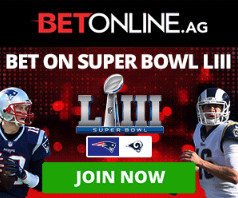 Therefore, if wanting to get down on the fave, best odds to stake Brady are found at 100% legal and licensed BetOnline who’s offering +140, while everyone else is paying out a little less. If the Patriots hoist the Vince Lombardi Trophy it will be shocking if he doesn’t get MVP due to both the longevity and quality of his career.

That said, it could be time for Brady to pass on the torch to youngster, Jared Goff, and if Los Angeles is successful, staking him awards +250 at aforementioned BOL, the highest posted total for him as well. Of course, it’s possible the third-favorite could realize a fantastic game and push the Rams to victory and if he does, Todd Gurley (+1000) holds excellent value.

Everyone then agrees Sony Michel should be #4, both BOL and highly-respected Bovada U.S. sportsbook headed up by experienced industry professional, Pat Morrow, extending +1200. A running back taking MVP would be surprising as only a few have done it before, Terrell Davis back in 1998 being the last RB to receive the honor.

Finally, some disagreement amongst oddsmakers occurs rounding out the Top 5 to win Super Bowl LIII MVP and it all comes down to offense vs. defense. If believing a running back does indeed have a chance, get down on another Rams RB, C.J. Anderson, ensuring to lock in at BOL for +2200 whereas Bovada’s number at +1600. 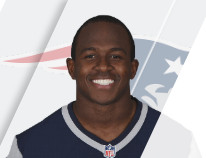 However, anyone convinced that defense wins championships should get down on Aaron Donald at Morrow’s book because they have the defensive tackle at +1800, while BOL only has +1600. This actually isn’t that crazy of a pick considering 2 of the last 5 selected were defensive players, although both were linebackers and not tackles.

So who’s the longest shot on the board? None other than seven-time Pro Bowler Matthew Slater at +50000 who’s listed as a wide receiver for New England but plays a lot on special teams as well. This would obviously be a huge windfall if it hits, a $20 wager triggering out a massive $10,000.

Since they’re offering better payouts on almost every possibility for winner of the Super Bowl 53 MVP Award, here is the full list of options at the excellent offshore BetOnline website providing NFL props with current odds for each. 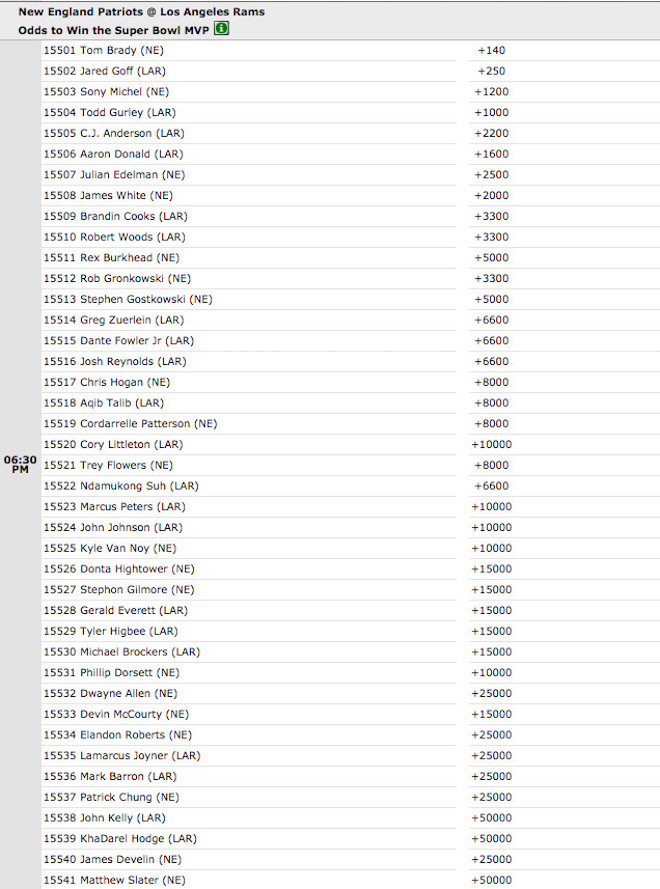