The 2018 NFL Season kicks off on Thursday Night Football with the Atlanta Falcons visiting reigning Super Bowl Champion Philadelphia Eagles. Every year, September brings a wave of people scrambling to find safe and trusted online sportsbooks to take their action, especially if living in certain states blacklisted by offshore operators in response to strict local laws.

So just who are the freedom-hating governments blocking residents from getting down on the internet? It’s a short but it affects a lot of individuals: New York, Maryland, Louisiana, Missouri, Washington, and New Jersey lead the way, with a few smaller fish like Kentucky also swirling around the drain. Every single one has passed some sort of legislation designed to control behavior, citizens ultimately suffering at the hands of power-hungry politicians. 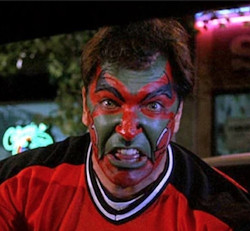 Perhaps some remember New Jersey as the first state to challenge federal gambling laws in front of the U.S. Supreme Court, resulting in a conclusion to permit legal U.S. sports betting, rocking the nation to its core. So no, The Garden State isn’t a typo as they’re actually preventing websites from accepting wagers, obviously attempting to give land-based operations who funded Chris Christie’s political campaigns all the business for themselves, (and guess how good their odds would be). Isn’t politics fantastic?!

Anyone wondering who possesses the title of “toughest jurisdiction on iGaming” might be surprised to hear it’s Washington State, making the activity a felony punishable by actual jail time. However, no one’s ever been charged for anything like that before, let alone been thrown behind bars, so they appear to be turning a blind eye to it.

It looks like the cowboys over at highly-recommended MyBookie agree with this since they happily embrace players without restriction. A 100% match bonus also happens to be extended to fresh registrations, so it’s clear they mean business. With a full slots parlor, table games, and a racebook featuring every major USA horse track, stakes are instantly accessible year round.

The only other place people in blocked states should consider is longstanding BetOnline Casino, who equally greet Americans from coast to coast. They’ve been quietly building a solid industry reputation for themselves thanks to reliable products, excellent customer service, and massive book listing anything from NCAA football to Turkish basketball. They honestly seem to post lines on every sporting event imaginable, but are “merely” offering a 50% match to new signups. Although, 100% reload is given afterwards to reward loyal members.

For those wondering, MyBookie reloads are currently 25%, so things really do balance out financially regardless of final decision. Both are truly outstanding options for anyone residing in New York City, Seattle, Baltimore, New Orleans, and beyond for this year’s NFL Season.

Visit BOL for a 50% Welcome Match: