Bet on the Future of El Chapo 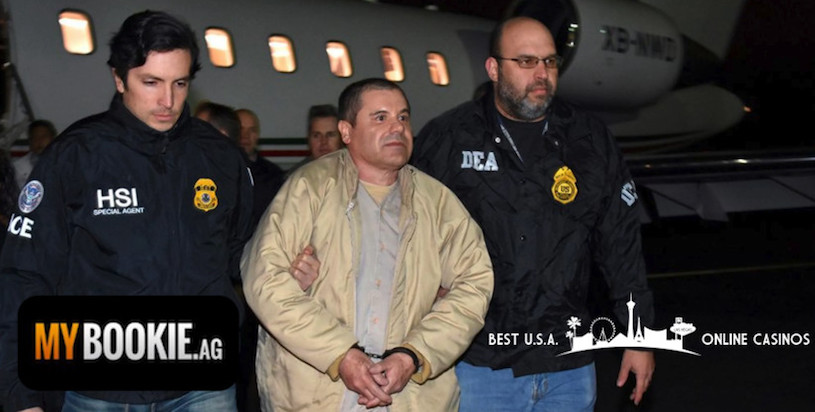 It seems like every day we’re reporting on new and strange props and today is no different. This is because there’s yet another ridiculous set of betting lines posted by David Strauss and his “Merry Band of Misfits” down in Curacao.

Those unfamiliar with Strauss’ work should check out our honest review of MyBookie U.S. Sportsbook and Casino to read all about their Head Trader and the twisted PR stunts he likes to pull. This time he’d like to take your action on Mexican drug lord, El Chapo (which translates to “Shorty”) and what his future holds.

El Chapo’s real name is Joaquín Archivaldo Guzmán Loera and he’s widely known as one of the biggest cocaine kingpins to ever operate, not to mention he’s also famous for his daring prison escapes. First he bribed prison guards in 2001 to let him out and was free for 13 years until he was found in a condo in Sinaloa. However, he escaped again the next year thanks to a long tunnel dug from a construction site, but was recaptured 6 months later and subsequently extradited to the U.S. to go to trial.

Well, now it’s possible to gamble on whether or not he’ll be found guilty and MyBookie has “Yes” at -700 and “No” at +400, obviously indicating they think he’ll be sent to the slammer. The “No” number feels a little high considering many jurors might not want to be responsible for sending El Chapo to prison, so there’s definitely some value there.

El Chapo’s ultimate sentence can also be staked with Life in Prison (-350), Death Penalty (+200), Life with Possibility of Parole (+300) and Other (+1000). It could be very hard to grade this wager if there’s a complicated verdict so dropping a few bucks on “Other” might not be bad at all. Or perhaps lay some money down on Will El Chapo die in prison before the trial ends? with”Yes” +500 and “No” -900. You just knew David “Dr. Death” Strauss would have to bring the Grim Reaper into this somehow.

One thing is for sure, the public would love to see El Chapo bust out of prison again, however, the linesmakers at MyBookie don’t think it’s going to happen with “No” -10000 and “Yes” +2000. Actually, the payout for “Yes” looks a little low, doesn’t it? Hmmmm.

To get money down on these and a whole lot more, head over to the MyBookie Entertainment Special Props Section today and see what’s posted. You simply never know what will be there.