Bet on the Super Bowl 53 Broadcast and Tony Romo 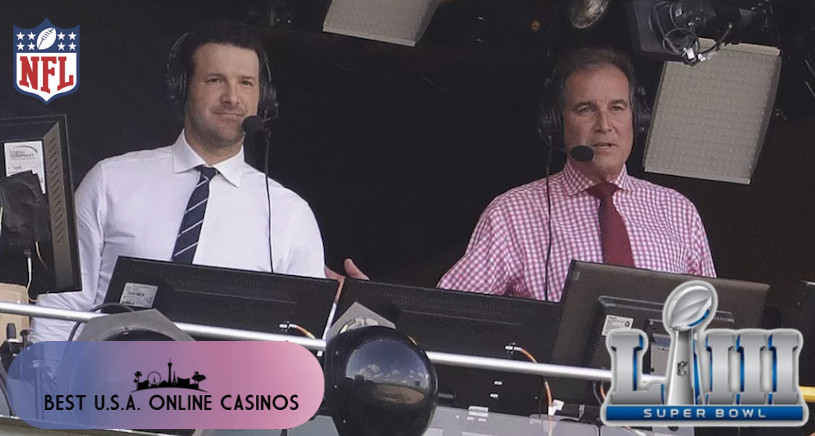 We continue our week-long research for best odds on Super Bowl 53 today with a focus on the broadcasting booth. Numerous Americans have no idea you can actually bet on commentators and what’s said, or what they’ll be wearing. Some may see these types of props as “silly”, but when there’s only one game left in the entire NFL season, you might as well get action on as many things as possible. Not to mention, the ability of Tony Romo to correctly predict plays before they happen has taken the country by storm and even jaded fans are falling in love with “Romo-stradamus“.

So since loads of different outfit options were covered yesterday in our guide for betting on the Maroon 5 Super Bowl LIII halftime show, let’s continue with odds for CBS broadcasting team wardrobe. Feel free to file this prognostication assignment under “throwing darts at a board”. 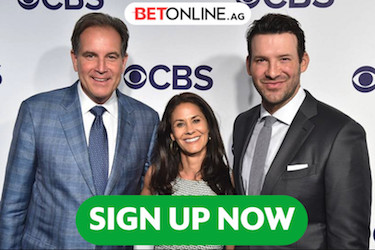 What about the tie pattern, though – shouldn’t we be able to get down on that? Sure we should and Strauss is favoring a design of some sort with Will Tony Romo’s tie be one solid color? offering “No” (-200) and “Yes” (+160). Anyone wishing to go a step further into personal hygiene can also wager on whether he will be clean shaven, with “No” (-190) and “Yes”(+140).

There are tons more questions on attire involving Nantz’s tie, Jay Feely’s tie, and Tracy Wolfson’s outfit, but let’s move on to what these gentlemen will actually say on air during Super Bowl 53. Dave Mason at high-energy and consistently-pleasing BetOnline  has listed Number of times Romo will say Here we go!?, which has become his trademark expression in fourth quarters of close games. He’s set a line of 2½ with Over (+150) and Under (-200).

In a surreal twist, it’s possible to stake if they’ll talk about gambling, thanks to Mason’s question asking if either broadcaster will mention spread “Yes” (+350) and “No” (-600). However, those predicting they won’t discuss Las Vegas numbers on the game, lock in at MyBookie because Strauss has “No” (-400) and “Yes” (+250). 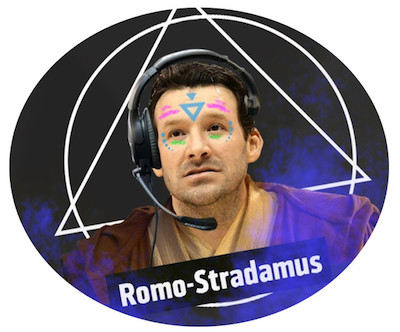 This exceptional color commentator has become famous for announcing football plays before they happen and Pat Morrow at Bovada offshore sports betting website has set Number of correctly predicted plays by Romo? at 7½, which seems a little high at first glance. Over is -140 and Under is EVEN, for what could be the most exciting prop of the day to cheer for. If Over hits, this will obviously lead to Nantz exclaiming, Romostradamus! …which is presently “Yes” +300 and “No” -500 at BOL.

Finally, it’s interesting to speculate on what Romo will be doing next season since his football genius has now been realized the world over. Bovada thinks he’ll stay in the booth (-400) but those believing he’s going back on the field can stake him playing NFL football (+275), becoming an offensive coordinator (+450), or even being hired as a defensive coordinator (+1600). Right now, it seems as if the sky’s the limit for that guy.

There are many more wild and wonderful options to throw money on so go take a look at the current MyBookie Sportsbook football odds and see what they’ve cooked up for today.