Another day closer to the end of the 2018 NFL Season means another examination of crazy ways Americans can gamble on The Big Game and whacky props posted in sportsbooks throughout the land. Yesterday we reported on best odds for betting on the national anthem at Super Bowl 53 so today requires exploration of even more entertainment-related outcomes possibly happening on Sunday.

For those previously unaware, it’s possible to bet on the Super Bowl halftime show because no one wants to take a gambling break just because players are in the locker room. It’s actually a popular subject attracting many since it takes zero expertise to predict outcomes (although fashion and pop culture “experts” might argue otherwise).

So let’s break down options for Maroon 5’s halftime performance, starting with how many songs will be played. There is a huge difference in opinion from bookmakers on this topic and value can definitely be had depending on side supported. David Strauss at universally-admired MyBookie Sportsbook has the total at 3½ with Over -180 and Under +140. 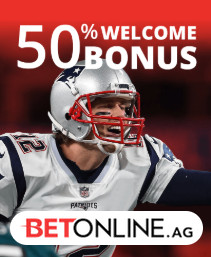 Then Dave Mason at BetOnline went a little higher with 4, Over -200 being a slight favorite when compared to Under +150. Alternatively, Pat Morrow at respected iGaming website Bovada have hung a whopping 7½ songs, showing he’s taking into account the large number of hits Maroon 5 have released over the past 15 years. However, with Over and Under both paying -120, there’s not any true value to be had. Most professionals agree it’s always better to take Over because they might just play a few notes of a trademark melody as an introduction, technically counting as “2 songs” in the official tally.

These are just a few of the crazy halftime show props for Super Bowl LIII available, other topics like Will performers fall down? and Will Donald Trump being mentioned by name? happily offered. So visit MyBookie or completely legal and legit BetOnline to check out full lists and enjoy hilarious and absurd possibilities to stake.