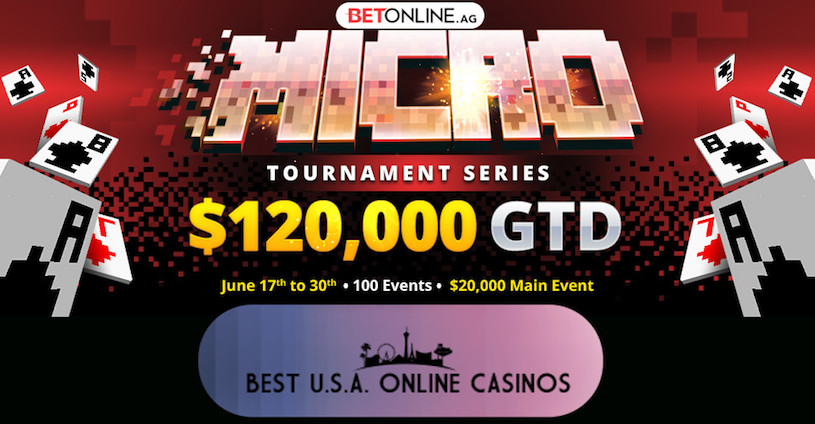 The insanity that swept the globe in the late 2000s is long behind us but that doesn’t mean U.S. online poker rooms have quieted down and in fact, they’re busier than ever. This is due to two main factors: 1) people can now play from anywhere on smart phones so it’s unnecessary to be stuck at home to enter tournaments, and 2) there have been some great promotions announced lately, really stirring up old fans of the game.

One such operation was discussed in our expert review of BetOnline Casino that reminded readers they can play poker there in addition to betting on sports or practicing blackjack. They’ve been around for years but people still forget about them when it comes time to enjoy Texas Hold ‘Em and go “all in”, mostly because their other products are too fantatically overwhelming.

Well now BOL is refreshing the entire country’s memory with a Micro Tournament Series guaranteeing $120,000 in prize money distributed over 100 unique events. During the two week extravaganza there are numerous formats with some buy-ins as small as $0.55, ensuring members with bankrolls of all sizes can register.

This awesome series is in addition to $10,000 freerolls for new poker players, huge bad beat jackpots, and their $15,000 Leaderboard Challenge, all combining to ensure something exciting (and potentially profitable) is always going on. Not to mention, they’ll issue a 100% first deposit signup bonus on initial transactions.

The first event starts today (Monday, June 17th) at 6pm EST, so those ready to throw some chips around should head over to BetOnline to get them down on the felt.