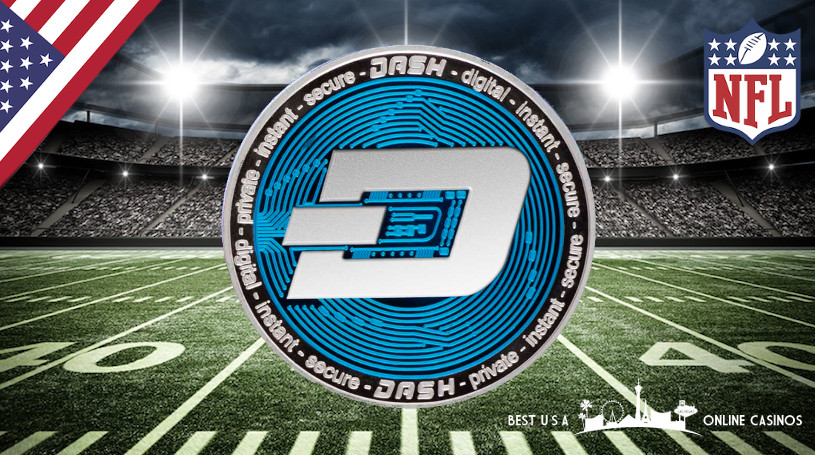 Here’s a niche cryptocurrency that doesn’t get a lot of mainstream press like Bitcoin and other popular ones do. It’s strange because Dash certainly isn’t substandard and several connoisseurs consider it superior to most due to its unique characteristics. At it’s peak in January of 2018 it was worth $1,500 USD, then a few months later in September 2019 it was trading at $80, making it one of the hardest hit coins of the market crash.

Some are starting to give up on a recovery and looking for ways to divest it from portfolios and with NFL season arriving soon, a few readers are asking where to use it. Sadly there aren’t too many options available, however, below is the list of safe USA betting sites accepting Dash deposits and yes, it’s short because they must additionally satisfy other vital requirements and already be confirmed as 100% trustworthy.

Like all cryptos it has rock-solid security, although its ChainLocks technology might actually be the strongest in existence today. In fact, it’s also been proven better than competitors in two important areas of fees and settlement times. Obviously that last point is vital to anyone wanting to collect winnings from an online sportsbook after place successful action and requesting a payout.

There was increased publicity in 2019 when Vietnamese Bvnex Cryptocurrency Exchange listed it, causing bulls to proclaim momentum for another run had arrived. This was on top of reports confirming inclusion on the Bitcoin.com exchange, exposing it to a whole new market segment curious to experiment.

Then a breaking story generated extra fanfare, as Dash partnered with IQ CashNow, a cryptocurrency ATM with more than 1,000 merchants in its network. It facilitated further reach into countries like Italy, Spain, Austria, and Greece, as well as numerous outlets in the United States. Improved global coverage can only enhance its reputation while expanding customer awareness.

These events made some critics forget about statements made in August 2019 by Ryan Taylor, CEO of Dash Core Group, claiming it was the most used coin in Venezuela. However, this was proven to be false and a misrepresentation of statistics, even though it was quite popular throughout the South American nation. Countless billboards promoted it and the company gave out cellphones with wallets pre-installed to increase usage rates. If they can get a foothold in Venezuela with it’s 32 million residents, the future should be bright and value just might start soaring again.