How to Bet on the 2018 New England Patriots 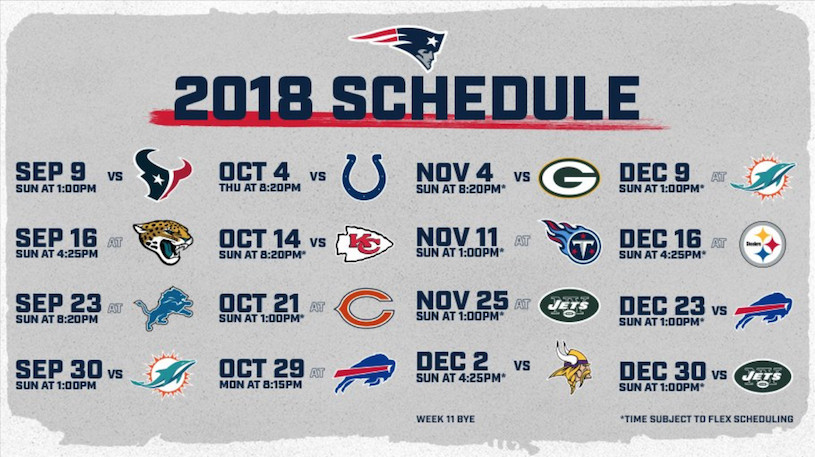 The start of the 2018 NFL Season is so close you can actually smell it and everyone across America is frantically preparing bankrolls. Many want to either back New England because they’re fans, or go against them out of hatred. Regardless of allegiances, it’s important to know how to bet the Pats and what options are currently available, as this year excellent value is found in a few long term props.

First up is a tantalizing offering at historic BetOnline website, hanging +400 for them to finish with the best regular season record, asserting they’re the strongest team. Brady and crew are followed closely by the Eagles and Steelers, each sitting at +700 to finish atop the standings. It should come as no surprise the Buffalo Bills are the longest shot in this category at +20000.

Now the Patriots should finish December as one of 2018’s finest, but greatest record in football might be a stretch. That said, 100% legal MyBookie Sportsbook set Over/Under at 11, so that just might be enough to do it. They also list them at +140 to take the AFC, followed by Pittsburgh (+380) and Jacksonville (+650), with no one else close.

It might only be August, but oddsmakers over at “MB” decided New England will win the 2018 Super Bowl, putting +400 to hoist the Lombardi Trophy in February. Evaluate this number with a grain of salt because they presently have Philadelphia right behind them to repeat at +750, which doesn’t look too likely at this point.

Futures then get absolutely nutty with another bet on Donald Trump, this time asking if Tom Brady will publicly voice support for him, with “Yes” +600, which seems very low. Eye-rolling jokes continue via the traders’ next posted question of Will Brady publicly admit Giselle wears the pants in the family? returning a minuscule +200 for “Yes”.

Not even their stoic coach is above ridicule as evidenced by Will Bill Belichick smile during an on-field interview?, “Yes” only paying +160. To clarify, it states a grimace does not count and he must show teeth.

So if craving to stake the Patriots this season, signup for a MyBookie account today and get money down on the most ridiculous NFL prop wagers imaginable. Just remember, it helps to have a sense of humor when perusing selections.