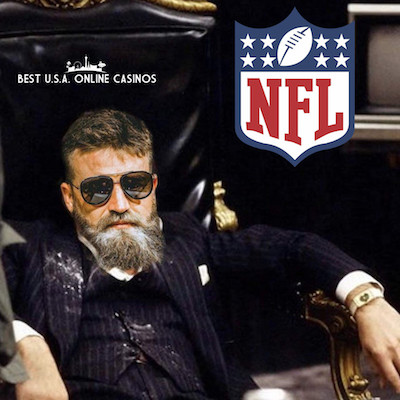 Everyone across the country was shocked when FitzMagic rained down from the heavens again this week, propelling Tampa Bay to a victory over defending Super Bowl Champion Philadelphia. It started right from the game’s first play as resurgent Ryan Fitzpatrick hit DeSean Jackson with a 75 yard TD pass and they never looked back from there, eventually winning by 6.

New Orleans went into Sunday favored by 9½ but barely won the sloppy affair vs. Cleveland 21-18, who technically beat themselves. Kicker Zane Gonzalez was absolutely terrible all afternoon, missing two field goals and a few extra point kicks that would have given the Browns their first victory of the year and knocked out 50% of people left in NFL Survivor Pools along the way. It goes without saying that Gonzalez was promptly cut by the team on Monday.

Favorites continued to roll in late games with the Los Angeles Rams putting a beat-down on Arizona, just like bookies predicted them to. Professional touts gave the Cardinals 13 before kickoff but they needed a lot more than that, losing by 3 additional touchdowns for a final score of 34-0. Expect coach Steven Wilks to make some changes versus the Bears (or to get fired before Week 5).

Truth be told, there really wasn’t a ton of gambling excitement in Week 2 as most results came in as forecasted. Oakland covered a spread of 6½ against Denver but still lost by 1 to their division foe, while the Chargers crushed the Bills by 11, easily covering the 7½ spread.

The only two mild upsets were Indianapolis beating Washington by 12 as 6 point Dogs, and Kansas City surprising Pittsburgh by 5 after being favored 4½ at home. Ultimately, not much opportunity for massive profits materialized, so hopefully NFL 2018 Week 3 rewards adventurous punters with some upsets.