Update: BetOnline is Up and Running after Cyber Attack 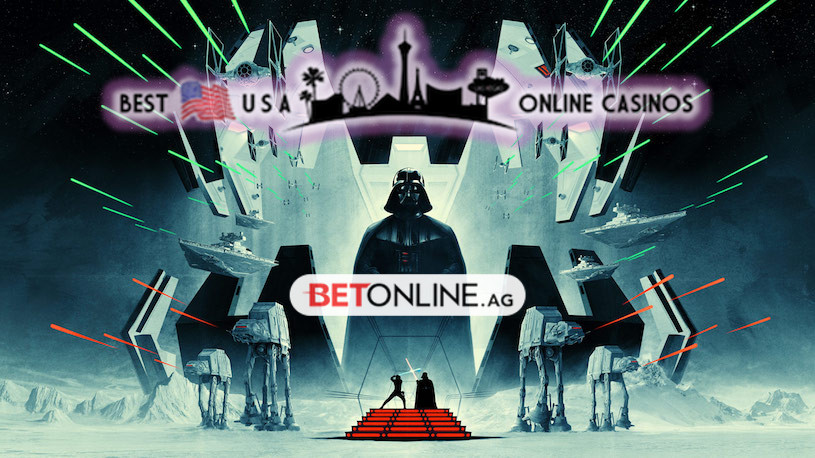 The iGaming industry was shocked last week when a cyber attack forced BetOnline offline, causing panic among their hundreds of thousands of members who took to social media to voice outrage. Thankfully, the drama was short-lived and they battled to fight off the digital attackers a few days later, restoring accounts with all live pending wagers and bank balances untouched, customer funds displaying in full and accessible for use or withdrawal.

Most experts agreed that since BetOnline is legal in the United States and around the world, authorities could be enlisted to investigate the crime and help fight for control of their company. Not to mention, as they’re noted for employing skilled technologists, it was only a matter of time before their IT department got systems back up and running, probably using a similar method described in the Cloudflare video below.

It’s unknown if a recent change to a new website format left them vulnerable to hackers, but the timing certainly is suspicious. Although they emailed customers urging them to visit the “.beta” version, over the weekend when on the original domain, old contests were showing and a few sports leagues couldn’t be found, however, as of October 22nd, 2020, everything is reinstated.

After the pandemonium of NFL Week 6 had subsided, web traffic monitoring companies reported competing offshore sportsbooks saw a huge jump in numbers, obviously related to BOL’s outage. As of now, no information has been released regarding who was behind this, where they’re located, nor how much ransom was demanded. Speculation is strong the disruption in service was linked to the Fancy Bear DDoS attacks, also known as Cozy Bear and Lazarus, which took countless large organizations out last week.

For the time being, as everything appears back to normal, BetOnline have been re-added to all listings and “Best of Lists”, and their accreditation and recommendations are restored. Ultimately, after being in business for over 20 years and earning a stellar reputation, a small glitch such as this is not enough reason to penalize them in the rankings. 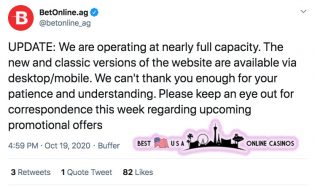 Those wanting to learn more about U.S. online casino policies and procedures should check out our FAQ section answering common questions such as depositing, legality, and how to play from blocked states.