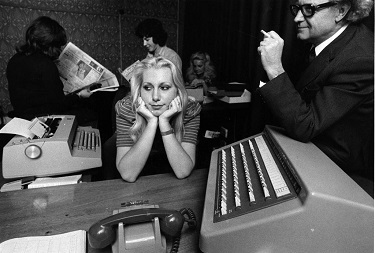 The adoption of the Internet gave rise to third party processors to facilitate the sending of money online to pay for things from any corner of the world. Known as “electronic wallets” or eWallets, these providers are linked directly to a savings or checking account and funds can be added or withdrawn with a click or tap. When Americans were allowed to use them back in the early 2000s, maintaining an online bankroll at a casino was as easy as peeling bills off a knot of cash at a real life craps table.

Sadly, there are absolutely none who allow movement of bankrolls to betting websites from residents of the USA, so adopt a new banking method. Select any of the deposit options below to learn more about them, including how they work, how much they cost, and how private the transactions will be. Spoiler alert: if you haven’t learned how to gamble with cryptocurrency, you’re totally missing out.

There are numerous benefits to using eWallets but the most important one is that the process is over quickly and they’re a lot faster than bank wire transfers. The costs are much lower and fees are rarely imposed for depositing, although the majority of places will certainly charge a small amount for withdrawals. Electronic wallets carry money around the Internet safely and securely, and of utmost importance for players: no personal information is shared with the operator.

Deposit with an eWallet at a USA Online Casino

Here are a few of the most popular third party processors offered across the world today. Please note that due to U.S. regulations none of these accept American clients, however, thanks to the Supreme Court decision of 2018, laws seem to be getting more relaxed. It has been predicted by industry experts that Americans should be able to deposit at online casinos using eWallets by 2021 once the laws in each state are updated.

There are hundreds of different options available globally, most focusing on specific countries in order to provide a high level of customer service and not run afoul of strange rules. This allows them to build strong relationships with local banks which makes executing financial transactions much easier and cheaper, benefits that trickle down to individual members.

The ones below are three of the largest out today, although people need to be careful – read on for more.

In the United States, many are familiar with the third party processor PayPal, a company started in 1999 to provide software for handheld devices. A twenty-something South African entrepreneur named Elon Musk changed that direction to online payments and soon a host of competitors with names like Google Checkout, Pay Direct, Billpoint and BidPay were relegated to the dustbin of Internet dreams. Auction behemoth eBay purchased them for $1.5 billion and the electronic wallet has since outgrown its master.

All of this currently means nothing to Americans who want to gamble online because depositing at a U.S. online casino with PayPal is not possible whatsoever. Customers in Europe and Asia and most of the 203 countries where the eWallet does business can however, enjoying their stellar reputation and 100% guarantee against unauthorized activity.

The lack of access to American clientele for PayPal may be an inconvenience but it was far worse for NETeller who used to process around 80% of all payments to betting websites in the United States in 2006 when the government cracked down on the industry. For starters, the balances in those accounts were frozen and founders John David Lefebvre and Stephen Eric Lawrence, both Canadian citizens, were arrested and charged with money laundering.

Comically, Lefebvre and Lawrence were no longer involved so the whole thing was pretty moot. Lefebvre was known as a latter day hippie, backing environmental causes and playing guitar, while Lawrence ran a charitable foundation in the Bahamas.

The two reached a plea deal that included a fine of more than $100 million in exchange for no jail time. Despite losing 85% of its business, NETeller survived and even after shunning lucrative markets, including the U.S., Canada, Hong Kong, and Israel, have rebuilt their position as a major third party processor in the 200+ countries in which they operate.

Skrill launched in London in 2001, a service of Moneybookers for emailing funds for personal use. The British eWallet has aggressively pursued international financial transfers and cultivated a customer base of 36 million with more than 100 local payment options in 200 countries. Understandably, nearly all of those people have closed their accounts since Skrill basically scammed users, holding on to balances for as long possible.

A quick internet search will lead to thousands of horror stories detailing how they request highly confidential private documents and refuse to send cash until the hoops have all been jumped through. They are completely unreasonable and we don’t recommend that any of our readers use them – people will end up very sorry they ever signed up.

Although they now have a terrible reputation, most of the European-based operators accept Skrill and usually process payouts back onto it. They’ve also made corporate partnerships to offer online gambling with pre-paid MasterCards which even have the capability to retrieve funds from automated teller machines, and transactions that are secured by the United Kingdom Electronic Money Regulations of 2011. One their 40 currencies is the U.S. Dollar, however, Americans who register there can only purchase normal goods and services, no betting, not that anyone would get dough back from them.

Money vouchers are another method of third party processing where the conduit of transfers between customer and operator is a retail outlet and not a bank account. The voucher is a slip of paper imprinted with a PIN code accepted by internet vendors and many betting websites. The PIN code contains no personal information and no information is required to purchase the voucher so it’s almost anonymous. It’s both fast and secure.

Vouchers are popular in Europe, two of the biggest being Paysafecard, a global player with 450,000 sales outlets, and Ukash, the dominant provider in the British market. The former uses a 16-digit PIN code while the latter employs a 19-digit-PIN code and they’re sold in pre-set denominations in amounts under $100. Therefore, if someone wants to move a large chunk of bankroll they’ll have to get numerous vouchers.

The low limits and lack of convenience are the main drawbacks of using a voucher, not to mention, each is for one-time use and withdrawals can’t be received onto them.