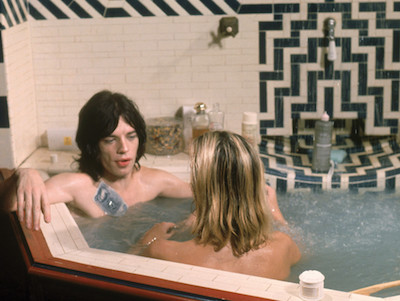 Walking into a casino is a lot like walking onto the set of an elaborate stage production. Everyone, patrons and employees alike, all seem to know their roles, all reciting the familiar lines you’ve heard a hundred times. You want to meld seamlessly into that production, not become the wrench in the cogs of a well-oiled machine that grinds the entire thing to a halt. To accomplish that requires knowledge of gambling etiquette, and ensuring that you don’t offend others is just as much a part of a winning strategy as anything else you will ever employ along the way.

For the most part, all of the games are simple enough to learn and are usually fast moving, which is of course by design so as to bring the House the most money possible. After all, every one of them has something in common: the odds are tilted in favor of the House every time. So there is nothing more annoying to players at tables than a novice sitting down who needs to have the rules explained by the dealer…again and again.

There is simply no excuse for not knowing the rules these days since they are easily found online at excellent websites such as this one. Also, once in a brick and mortar establishment there are often demonstration tables to sit and learn at for free, allowing you to get up to speed on everything. Sometimes if you go during slow times you might even find guided tours that take you around and show you every table. Another way to learn is to just sit down and play for small stakes at a deserted table during off-peak hours.

When the place is packed, stand behind a fast-action table and study everything until you feel confident enough to buy in without slowing things down while you figure out your decisions. Not to mention, understanding the rules before sitting down does not only serve to be polite to others, it’s also the lynchpin of a successful gambling strategy that will give you the best chance to win. Dumb luck just won’t carry anyone very far.

Only buy in or cash out chips in between hands. If you grab a seat at a busy table have your cash ready and wait until the hand is over and all action is resolved before pushing the money at the dealer. Everyone has a lucky way of arranging chip stacks but when you want to exchange small denominations for larger ones, present the croupier with neat, arranged stacks of the same denominations to make it easy to count and exchange.

Know exactly where chips should be placed on the table and never make the dealer guess what your intentions are…they won’t. Also, once things begin or the first card is on the felt, never touch the chips until you’ve been told that it’s ok to do so, and never touch the cards in any game where they are dealt face-up. If they are given to you face-down, check them with one hand only. These are rock-solid rules so don’t make the staff scold you.

Some tables, particularly blackjack, demand the use of hand signals as well as vocal instructions during the action. Learn the conventional signals like tapping on the table for a hit or a scrape of the corner cards if they’re hidden, a wave of the hand or a slip of the cards under the chips to stand. After a losing hand lay it down for the dealer to collect and don’t childishly toss them around in a fit of rage because you’ll be quickly asked to leave the establishment if you do.

Interacting with Other Players

Visiting a casino is a social experience and by all means, plunge into the conviviality of it all. However, some conversations are forbidden by anyone practicing proper gambling etiquette. For example, at the blackjack table never complain about another person’s decisions. Not only does it stamp you as a “fool” but it also marks you as someone who has no idea how to play the game. No one is “stealing” your face card with an ill-advised hit because unnecessary hitting does not bring down an entire table. Also, sometimes what may seem like a wrong move to you may be an unconventional move by an expert who knows more than you do.

Give and take with a personable dealer is usually part of the fun that you’ll experience. Do not, however, keep them from distributing a fast-paced game for all involved and never ask them for advice on what decisions you should make. They don’t want to be responsible should the hand lose and even the correct action according to optimal strategy can sometimes result in losses – that’s why they call it “gambling” after all. Therefore, they usually won’t give a specific answer to a question on what do to, unless you’ve already shown yourself to be easy-going and not taking things too seriously.

The same applies to asking others at the table for advice and you should only solicit opinions if they seem open to it and you’ve been respectful up until that point. No matter what, if you act fast and keep things moving you will be a welcome presence at any table.

To confirm, no one wants to hear about your “bad beat” at the table: they happen to absolutely everyone. You simply do not need to hold up the proceedings by showing off your fantastic losing cards in exasperation. This is one time your fellow gamblers and the House are on the same side and no one cares that Lady Luck has cast her gaze elsewhere. If you want to tell your “woe-is-me” stories, save them for after you leave and get to the bar to commiserate with others of your ilk.

Drinking Alcohol at a Casino

Speaking of commiserating at the bar, liquor is part of the whole experience for many people and casinos do not give away free drinks because they want to be remembered as wonderful hosts. A little impairment in judgment is never a bad thing from the house’s point of view so be careful when accepting free drinks – know your limit and stay within it. Not only does nobody like a drunk who interferes with the action, but excessive drinking is a guaranteed strategy for losing. And speaking of free drinks…

Tipping at a Casino

Waitresses and dealers are all working for tips, especially the waitresses, so if you receive superior service acknowledge it with a few dollars. One of the best at this was Australian billionaire media mogul Kerry Packer, who was legendary for his generosity. When word got out that he was heading for Las Vegas there wasn’t a casino worker in town who called in sick. The stories are fuzzy, but two of Packer’s biggest tips were rumored to be covering college tuition for a dealer and paying off a mortgage for a waitress.

Now you don’t have to roll around town like Packer, but accepted gambling etiquette certainly calls for a bit of tipping, with a dollar for a drink and 1% of any jackpot being the norms. Upstanding players don’t restrict tipping to wins and if a staff member delivers an enjoyable game that has added to their evening’s entertainment, they’ll give them a little something even if they’ve lost.

Consider going beyond the boundaries of proper etiquette and enter the realm of “class” – you’ll be happy that you did.