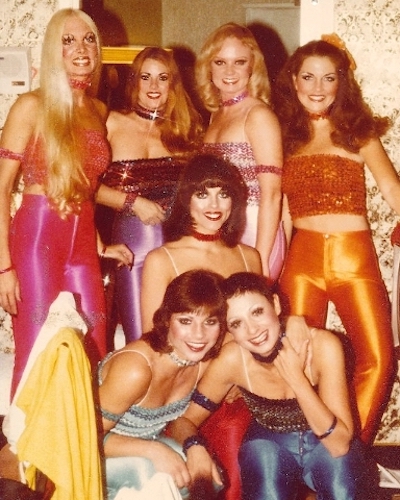 At first glance, casinos all look pretty much the same when you walk in. Rows of slot machines by the front door. Table games in the middle, with blackjack, craps and roulette featured prominently and a few others behind them that you’re unfamiliar with. You will also see card tables behind a velvet rope or maybe in a separate part of the gambling floor, tables you’ve probably never had the bankroll to enjoy before.

After drinking it all in, most individuals will gravitate towards their favorite diversions, sit down and start their session. How they feel at the end of it will probably be determined by a few things detailed below.

Smart gamblers do not allow habit to dictate their strategy because not all casino games are created equal. Take roulette for instance, an operator may offer two different wheels, a European version and an American one. Everything about them is exactly the same except the American wheel has two green slots thanks to its double zero which is added to the traditional single one. The House edge is therefore twice as large in the American version so unless you’re on a budget and the table limits are lower at that one, there is absolutely no reason to lay your money down there.

Similarly, over at the blackjack table it’s important to know how the deviations in rules affect the odds of winning. The general thing to keep in mind is that the House edge goes up with each deck in play, so if you can find a single-deck option, that will give you a much better chance of winning. It’s rare to find tables like that these days but always remember that a six deck shoe is better than an eight deck one.

The rules also dictate which table you should buy into but many people don’t give them a second thought for some reason. Traditionally, places always paid 3 to 2 on blackjacks but now some are only paying 6 to 5, usually on the tables with lower minimum bet sizes. So if the table limits are the same, seek out the higher-paying tables and make advantage plays. The House also decides whether a dealer can take an extra card on a “soft” 17 (an ace and a six). Since it’s in their favor numerically to draw that card to try to improve their hand, seek out the tables where a dealer must stand on 17 because every little bit helps when it comes to improving your payout percentages.

As a general rule, know the odds of everything before you start and once you’re in front of the actual tables, read the rules to determine which version of the game gives you the opportunity to make the most money.

The best way to exploit a casino’s rules is by mastering its comp system, which is the rewards program that dishes out freebies to players based on their volume of action. In 1994, Max Rubin published an interesting book called Comp City in which he argued persuasively that there was a way to beat establishments without memorizing ridiculous systems or slavishly counting cards at the blackjack table.

Rubin claimed that all someone had to do was play smart and accept that they were going to lose at least a bit of money over the longterm. However, the amount that the House would extract could easily be balanced out by free food, free drinks, free entertainment, free hotel rooms, and all of the other gifts you can get from the pit bosses across the nation.

The loyalty program at each place calculates its comp system a bit differently but essentially they reward people for time spent gambling in addition to their average bet size. They do not, however, expect people to be going out of their way to be doing smart things with that time. Make it time well spent by studying their comp program and rules and you may be able to get more than your fair share of rewards when you step away from the table.

Look for places that offer as much credit for games with low House odds (like the dealer-stand blackjack mentioned above) as those with much worse odds (like slot machines). Go hang out at crowded tables. If the roulette wheel is packed there might be 50% fewer spins per hour than if only a couple of people are seated because in that case the action can be resolved quickly each time. You will be earning just as much time credit but risking half as much money.

Another way to mitigate your risk is to take frequent breaks from the table while leaving your chips in place. Don’t over-do it though, sharp pit bosses will quickly catch on and start deducting your time away each time you leave.

Once you sign up for a comp program they will begin tracking your betting levels but it is an imprecise process. Keep a discreet eye out for the managers and when your time for evaluation comes, slip an extra chip or two into the stack for a few hands. As you proceed, funnel some chips into your pocket from time to time to make your losses look more damaging than they are. Again, if you’re caught doing this you will look quite foolish so anyone with thin skin should never attempt moves like this.

When your strategy involves comps as well as the games, it pays to reign in your ego and exaggerate your bumbling decisions. You may well end up in a far nicer bed for the night than you expected when you checked in. Finally, as we all know, the House always wins eventually, but you might as well get pampered a little bit as you’re handing over your loot.